Please, could you briefly describe the exhibition currently underway at Oslo Kunstforening?

My current exhibition is a series of 14 large non-figurative acrylic paintings on canvas. Most of these paintings were started two years ago and completed in the early part of this year, 2017. The paintings are untitled, but do have a generic title: The Exogenic Series (Aqua). In English the word “exogenic” means forming or occurring on the surface of the earth. ”Aqua” refers to the substance covering most of the earth’s surface.

How are your paintings made?

The painting starts with just a blank primed canvas. I make no sketches, I have no idea of what the painting will become. I simply start by placing a colour onto the canvas. The painting is built up in very thin layers and I simply overpaint or cancel out, even reinforce some areas that I feel should remain. Because I’m working in series there are always one or two other canvases standing around the studio. Sometimes these will tell me what to do on the one I’m working on. So there is a relationship between each canvas as the series progresses.

In the press release for the exhibition at Oslo Kunstforening, it is claimed that your return to the studio was prompted by the curatorial research you did for the exhibition An Appetite for Painting at Museet for samtidskunst in 2014. What specifically happened during this process that made you want to paint again?

The two final curatorial projects I made for the National Museum in Oslo were about drawing and painting. Both exhibitions emphasised the importance of these medias as tools for creative thinking. Tools that have very long traditions and have provided contemporary visual arts with enormous potential for addressing contemporary issues. My research for both of these exhibitions revealed that in post-modernity we have neglected the primary activity of looking. By that I mean this intense investigation of an image, not for what it communicates through its representations or its texts but how the media itself motivates or invokes an intellectual and/or emotional response. Curating these last two exhibitions sharpened my focus to works that had no referent, and contradicted the dominant practice of image making that used words or recognisable images. This felt like a real challenge. And this posed the question ”What is possible in painting after postmodernity, conceptualism et al.?” What does painting offer in the here and now, when the media itself has been declared dead many times over or at least out of fashion with today’s production methods and technologies. I thought my return to the daily practice of painting, after so many year away from it, would allow me to answer some of these questions.

You present your programme with some urgency, as if our neglect of “the primary activity of looking” represented a societal lack in need of remedy. Does this specific mode of looking that you advocate carry any social or political implications?

If there is a sense of urgency, it could stem from the viewers’ need to extract meaning or purpose from any contemporary work of art, almost on demand. This expectation has changed the relationship of viewer to the work. Viewers want to confirm something they already know. It therefore comes as a surprise when a work does not offer an image that refers to something that is known or has meaning. Non-figurative painting has no referent. Non-figurative work invents images as it comes into being as a painting, sculpture or musical work. And it is strange that when music does this it is more readily accepted than when visual art does it.

The other disturbing aspect of the new viewer relationship is the reluctance to accept beauty. When the results of an artist’s studio research produces something aesthetically beautiful, there is a resistance to embrace this with any trust. It’s as if the artist has tried to hoodwink the viewer into accepting something he or she does not care for in an age of ugliness and horror. Things that are beautiful by accident or design bring a sense of comfort, even respite to the weariness of the everyday. I for one cannot believe that humanity is not appreciative of something beautiful. Can you?

You position your painting practice in the aftermath of postmodernity and conceptualism, and proclaim painting “a media declared dead many times over”. But painting is seemingly doing fine for the moment, not just in the marketplace but also in terms of institutional and critical attention. To what does painting owe its perseverance as medium, do you think, in an otherwise post-medium field?

I would argue that painting has had a very bad deal by way of its appearance in exhibitions in museums and even more so with the ever increasing popularity of biennales over the past decades. There has certainly been a suppression of painting’s contribution to contemporary visual culture in our postmodern age. The claim that painting no longer has the vitality to make a case for the rapidly changing subjects of our postmodern time, gave preference to the alternate media. It has sown a seed of uncertainty in painters, who have experimented with what is called painting’s expanded field. But all this indicated a misunderstanding of humanity’s oldest form of visual expression. Namely that painting’s primary role was and is to narrate or document or at worst illustrate. Painting can certainly do more than this. Surely ”pictures of nothing” to quote Kirk Vanerdoe, can become something, if the viewer does not want to be spoon fed, does not want instruction about their world view, but wants to discover meaning in a work through an exchange of personal experience or emotional connection that arises via the visual. When this happens our humanity and independence hold centre stage. We are closer to the idea, even the ideal of freedom of expression. And at a point in history when personal freedoms are being over shadowed by populisms and extremist beliefs, these “pictures of nothing” suddenly take on an urgency and relevance that feel more substantial and durable, able to last way beyond the moment of epiphany.

Your paintings are scaled to the size of doorways. The monumental canvas paired with sensual non-figurative content invokes a modernist painting tradition. Are there any movements in the history of painting that are of particular relevance to your current project?

I’m not so interested in movements. I’m more concerned with the achievements of individual artists. The modernist movement which is too often the domain of Western European practice has in my opinion always neglected what was happening elsewhere in the world. And as this movement was exclusionary, it is difficult to align myself to it.

The size of the canvases in the Exogenic series relates to the body in space. I want to immerse myself and the viewer in its new pictorial dimension. The space has to evoke a particular sense of place and in order for me to pass through the doorway of the pictures’ surface and into the illusory space that the paint marks create, it has to relate to the human body.

I have also made numerous smaller works on canvas and on paper. This is how my return to the studio began. I wanted to discover whether it was possible to do what I was setting out to do and find a new way of making a picture in paint. When the dynamic of the painting became space and time, mood and colour, the size became important.

You pit painting against the hegemony of discursive, post-conceptual art, making a case for a return to the retinal. In the course of the exhibition there will be a talk between you and Dag Erik Elgin, who has, as far as I can judge, a more analytical or “post-conceptual” approach to painting. Do your respective positions still converge in any regard?

I would not say that I am in a battle against anyone or any particular mode of practice. Being a curator has made me recognise the enormous differences and diversity within visual art practice. Both the retinal and the intellectual or conceptual have a valid place in my understanding. So my conversations with Dag Erik have always been about the broader dynamics of the medium of paint. I do not think that he is less concerned about the retinal. On the contrary, he thinks it is just as important as the conceptual foregrounding to his own work. And I think it’s great to have a partner in the city with whom I can have an honest conversation with about something as controversial as painting, and not come to blows.

Do you identify with any particular “tendencies”, “directions” or “positions” in contemporary painting?

I haven’t recognised any particular tendencies or directions in the current discourses about painting that I could align myself to, which is not really what I want to do. I may be alone in my thinking that painting is a practice best done individually. But maybe there are many more who think like this.

During your career in art you have held different positions, from artist to cultural bureaucrat to curator. In what way, if at all, does this varied, part institutional background inform your practice as painter?

I say in the small catalogue we have produced for the show, that my broad experience of contemporary visual art has forced me to reconsider my personal opinions and those of cultural critics of the past twenty years. It has certainly opened my mind to different and sometimes old fashioned ideas about contemporary art. It has certainly taught me about the viewer’s position in all this and the arrogance of artists. We, and I am speaking as an artist, have such enormous egos that it often blinds us to simple truths. But perhaps the most important thing it has taught me is that everything begins with the actual work of art itself. Without the work there is no history, no collection, no critic, no exhibition nor any public debate. It has always been my duty as a curator to place the work as the central concern of any exhibition project. And this very simple act reminds us that we look first and think next. 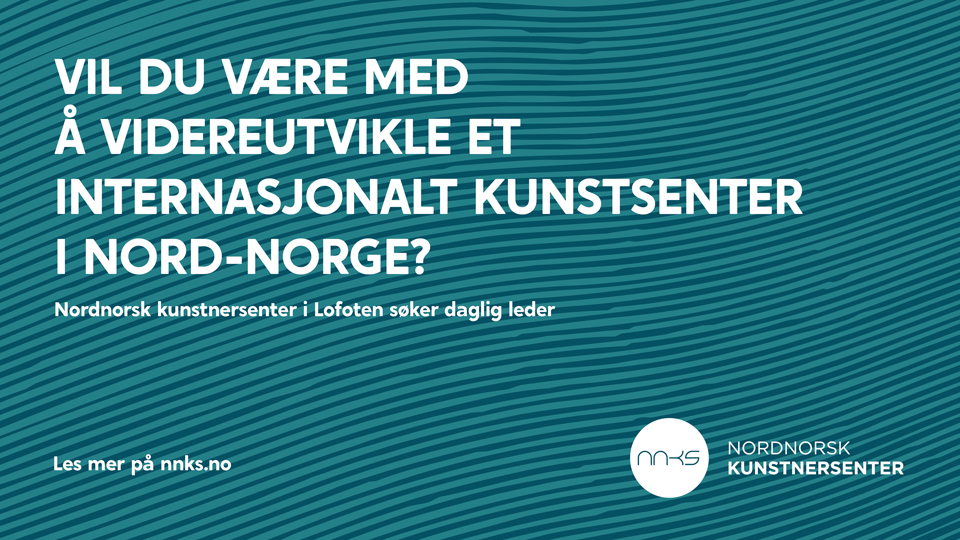 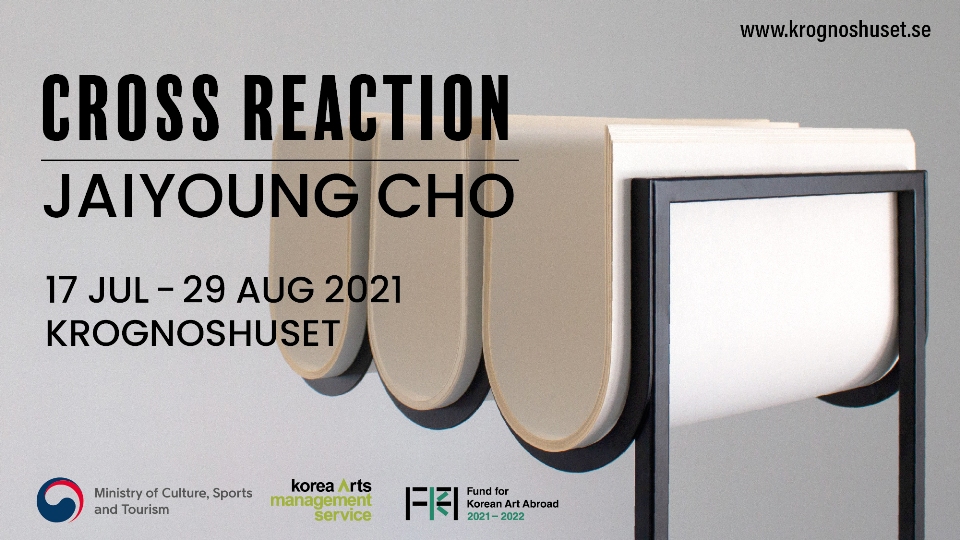