The work of historicizing the art of the 1990s is in full swing. We have already seen some sweeping reviews of the period, such as Øystein Ustvedt’s Ny norsk kunst etter 1990 (New Norwegian Art after 1990), but the seminar Spaces for art in Oslo: Prosjekt i Gamlebyen – PiG (1994) revisited, which took place on Friday 8th April, was an excellent example of how fruitful it can be to consider an entire era from the viewpoint of a single exhibition. The seminar constitutes the first major event of the four-year programme Munchmuseet i bevegelse (The Munch Museum in Motion), a series of exhibitions and projects that will take place in the area between the current museum at Tøyen and its future location in Bjørvika. The Munch Museum will carry out this programme in co-operation with Kunsthall Oslo and Unge Kunstneres Samfund (UKS – Young Artists’ Society). Natalie Hope O’Donnell is in charge of a series of projects featuring young artists in the Gamle Oslo district, whereas Kunsthall Oslo will be curating exhibitions based on the Stenersen collection.

The seminar – fittingly held in Gamlebyen (Old Town) in the venerable, museum-like eighteenth-century building Oslo Ladegård – included a presentation of the work of Jon Benjamin Tallerås, one of the artists taking part in the Munchmuseet i bevegelse programme. The artistic director of Kunsthall Oslo, Will Bradley, offered a satirical historical overview which challenged notions about public art as a gift to the people; the artists Ingrid Lønningdal, Lotte Konow Lund and Per Platou spoke on the subject of the art studio, workshop and rehearsal centre Borgen, which was demolished in 2012. Still, the main attraction was the reassessment – and to a great degree the canonisation – of a project held twenty-two years ago: Prosjekt i Gamlebyen (PiG) (Project in Old Town).

Munchmuseet i bevegelse will be arranged in the Oslo districts of Tøyen, Gamlebyen, Grønland and Bjørvika, and so it is only natural to regard PiG as a precursor of the current programme, said O’Donnell in her introductory speech. Taking place from 26 May to 5 June 1994, PiG was an ambitious event that included more than 80 art projects scattered around Gamlebyen. The three artists Harald Fetveit, Ketil Nergaard and Christel Sverre initiated and arranged the project, and Per Platou was responsible for arranging Festival i Gamlebyen, a music festival featuring forty-four concerts over the course of the ten days. The event was accompanied by a publication, Lesestykker (Readings), where writers such as Stig Sæterbakken and Einar Økland contributed texts which took their point of departure in the Old Town district. The wish to establish contacts and connect across different professions and genres was a main driving force behind the project, stated the organisers of PiG during the seminar.

Around half of the audience at Ladegården belonged to the generation who had their formative years in the mid-1990s, and the seminar could easily have become a mere exercise in nostalgia and reminiscence. However, with the ongoing urban development of the eastern district of Oslo as the backdrop for Munchmuseet i bevegelse and the original PiG alike, it felt highly relevant to look back at former artist initiatives in the area.

The artists contributing to PiG were Norwegian or Nordic, and their works were placed and distributed throughout the public spaces of the district. These art works could take the form of pamphlets delivered to the residents of the areas, inserts in newspapers, or a sound installation playing the sound of birdsong to cars waiting at a crossroads. Elisabeth Mathisen showed video works in a pizza restaurant; Lars Bent Pedersen scattered paper airplanes in the streets; Jens Haaning attached a loudspeaker to a lamppost in Grønlands Torg, allowing passersby to hear Danish jokes in Turkish; Elsebet Rahlff’s contribution took place in a local district association office. Harald Østgård Lund’s slide show from 1994, featuring photographs from the hidden corners of the Old Town, was re-enacted for this seminar. Seeing these photographs and other similar documentary material was striking: while the 1994 incarnation of Oslo has irrevocably disappeared, the art featured in PiG still appear surprisingly fresh and contemporary.

The contemporary feel of these works may not be so surprising after all when we consider how PiG took place during a time when many of the structures that are now inescapably part of the art world were only just beginning to appear in Norway. The emergence of artist-run exhibition venues, the new and independent role of curators, site-specific art – all of these trends began in the 1990s. Only now that we have seen the arrival of new ways of exchanging and distributing art, and a new conceptual framework is slowly taking over, is this era and its strategies beginning its slide into the annals of art history – a fact that was accentuated by one of the most frequently heard asides at the seminar: “remember that this was in the days before the internet”. The main difference between now and 1994 resides in how art no longer demands the attention of passersby by constituting stumbling blocks in the urban space; rather, art now passes by the “spectator” itself in a movable, moving feed.

Jon-Ove Steihaug and Anne Szefer Karlsen both sought to place PiG within a wider context in their contributions to the seminar. Steihaug, who now works at the Munch Museum, curated the first UKS biennial in 1996 as well as the exhibition Fellessentralen – Norsk kunstproduksjon i 90-årene (Fellessentralen – Norwegian Art Production in the ‘90s) in 1998, offering a review of a generation of artists. He believed that PiG should be considered both in light of the movement away from the conventional museum curator, bound by tradition, to the curator as a free agent – and as a result of the transition away from the democratically inclined artist organisations’ juried exhibitions towards themed biennials: in other words, a transition away from staid institutions to visionary agents. Szefer Karlsen, head of studies of curatorial practices at Bergen Academy of Art and Design, questioned the extent to which the project explicitly challenged the prevalent norms concerning art in public spaces at the time. She compared PiG to other art projects of the era, such as Culture in Action in Chicago 1993, which posited art as social interventions by working in and with the local community. In contrast to such projects, PiG did not have “institutional critique” as its discursive framework, but this did not mean that the artists were not engaged in and sensitive to local social situations.

When the floor was given to questions from the audience, someone asked about the implications of the Munch Museum adopting PiG as a precursor for its project. Szefer Karlsen held the opinion that seminars such as this are what makes history writing possible, and O’Donnell followed up on that point by stating that when you work with a certain location, you must relate to both its present state and its past. Although this discussion progressed no further, the question raises a central point. The same kind of financial and cultural axis found in the new waterfront district of Tjuvholmen is now also being established in Bjørvika, where both of the organisers behind this seminar, Kunsthall Oslo and the Munch Museum, are players. It is not inconceivable that the dilemma of being implicated in real-estate development has prompted Kunsthall Oslo’s socially engaged and highly political profile, exploring urban scenes and rediscovering artists on the political left – actions that have given rise to solid exhibitions such a Ane Hjort Guttu’s De rike bør bli enda rikere (The rich should be richer) (2012) and the group exhibition Hold stenhårdt fast på greia di (Hold on tight to your thing) (2013). It would appear that similar deliberations might be behind the programme for Munchmuseet i bevegelse, and perhaps this awareness helped make the seminar feel so relevant. The programme certainly couldn’t wish for a better start. 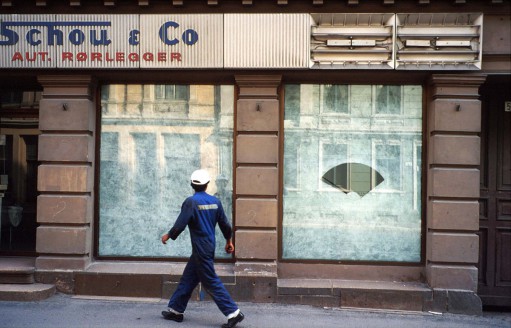 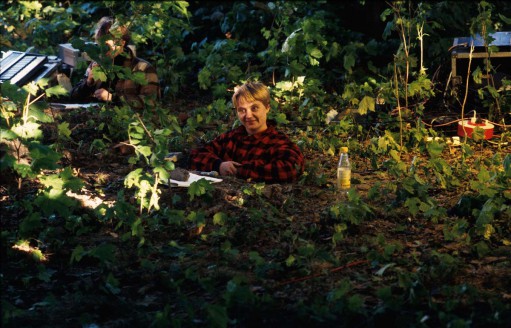 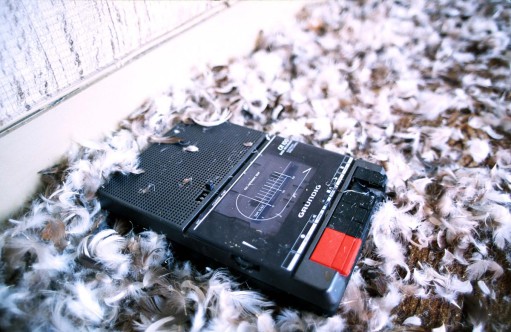 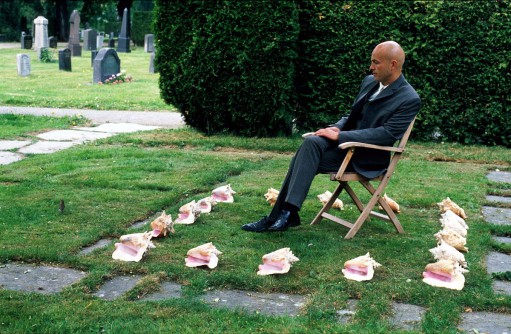 Inge Dahlman, Hr. Dahlmans have, a man and some of his favorite places in Gamlebyen, Prosjekt i Gamlebyen, 1994. Photo: Anders Winsvold. 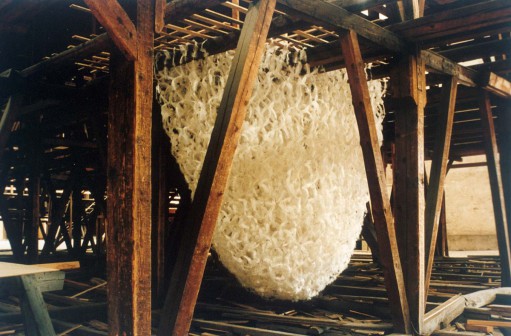 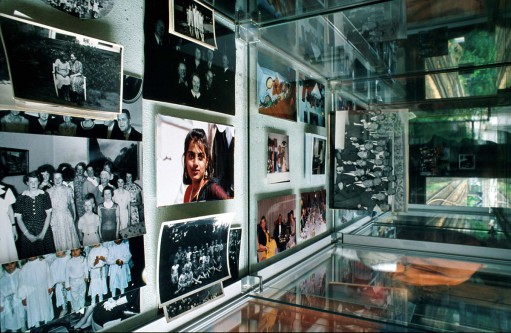 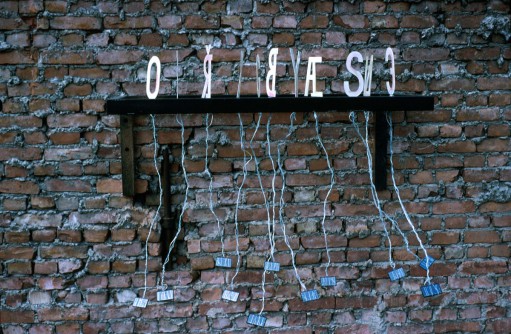 Art criticism has mainly focused on art shown in galleries and museums. It is time that it began engaging with public art, too.