The most seen and photographed artwork in Denmark today is being held hostage by a commentary published on Kunstkritikk by artist Kristoffer Ørum. Ørum’s article «A Didactic Spectacle» concerns Ibrahim Mahama’s work Nyhavn’s Kplalang and in his attempt to attack art institutions for reproducing the same art works again and again, he himself is reproducing something far worse: A Eurocentric gaze on what art is and should be. We as the curatorial team behind An Age of Our Own Making oppose. An Artwork can have didactic and spectacular elements and still be a good complex and valid artwork.

We would like to ask how often you see artists do a monumental work like the one of Ibrahim Mahama in a Danish context? How often is an architect from abroad allowed to build in the heart of Copenhagen? How often does someone have a message carrying him so far that he puts thousands of hours in a case, works with hundreds of people to make an artwork – move a mountain – of this dimension, beyond imagination? How often do we see material like the jute sacks recycled to this extent in our local Danish context? Is the work flat? If you take a closer look you will see more than 1000 m2 hand-sewed collage with names of Ghanaian workers, companies and goods transported.

Mahama is part of the exhibition An Age of Our Own Making an extensive two year research project with 28 artists in three Danish cities as part of Images 16, in which few of the artists have shown their work in Denmark before. An exhibition asking what responsibilities human kind faces in terms of ecology, migration and citizenship today. Mahama here intervenes as a global citizen, well-knowing of the Danish context. And if you take a closer look at the show inside Kunsthal Charlottenborg, which the critic clearly has not, you will see three more positions apart from Mahama that in abstract, poetic and context specific ways question the way individuals approach, change and remember urban or rural space.

Nyhavn’s Kpalang (2016) which also means «Nyhavn’s skin» is a work that was initiated long before the artist exhibited in Venice and followed up by five visits and residencies in Denmark, 2014-2006. Prior to this piece Mahama has only installed in public space in Ghana – in marketplaces, on footbridges, on The National Theatre, in old train stations and many other locations – and in Holbæk by the Harbour and at Vangkvarteret. If you ask the artist, the work is about production conditions in Ghana and globally today – not about slave-trade as Ørum guesses – about the collaboration of making huge collages in a team of hundreds (in Accra, Holbæk and Copenhagen) and about challenging the classic concept of contemporary art.

Ørum wishes for a less Eurocentric art program in the art institutions all while he himself is very Eurocentric in his analysis of Ibrahim Mahama’s work when it comes to his own level of perception and set of references (the computer game «Assault on Iran», Antoni Tàpies, Jackson Pollock and the Venice Biennale). The process behind putting up this current work is a long path of collaboration, negotiation and of thought on how not to cover a building, but to occupy or envelope it, how to represent and create a heterogenous surface of thousands of differently used sacks. The work is abstract, but not at all an abstract painting – it refers art-historically to El Anatsui, the famous Ghanaian artist who makes scaled curtains of bottle-tops and other recycled coloured metal arrogating Western historical and aesthetic narratives, and to the interventions of Superflex, Santiago Sierra and Theaster Gates.

As his end note Ørum states that he does not want to be «told something about someone having experiences in some other context». Mahama’s context is not another context and the statement is a negation of the past and the present, and an incapability of self-criticism when it concerns serious subjects such as how Danes together with the rest of the world at current times attend to exploitative production methods and capitalist consumption circuits. Why? Because many are not able to even deal with this problem, does not recognize a beginning, a language to think about the dimension of these topical problems that we have created for ourselves in an age of our own making. 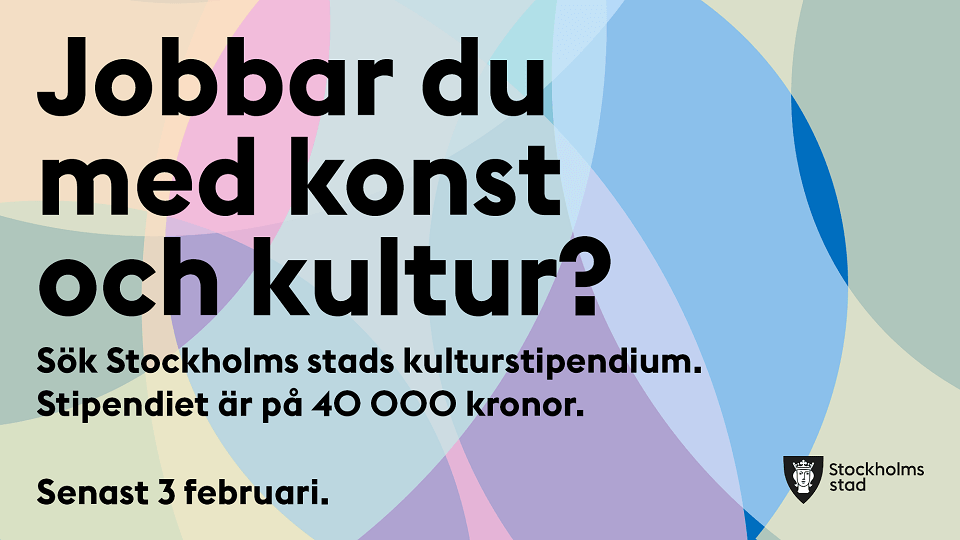