For the Boutique exhibition at the Amos Andersson Museum – a part of the extensive Helsinki Design Capital Year program – five teams consisting of an artist and a designer have created joint works of art. The curator Annamari Vänskä states that instead of searching for differences and confrontations between art and fashion, it is time to think about similarities and see art and fashion as interwoven. She writes that art provides fashion with the added cultural value it needs, and that fashion in turn offers art a new type of market value.

Usually, designed objects, unlike fine art, are one in a series of identical copies. Fashion and design often get inspired by artists and underground cultures and turn something original into something that can be copied and mass-produced. The big question in a context like this is whether or not the two can enter into a more productive relationship. Can the result be more something more than decoration?

Artist Jani Leinonen has collaborated with the shoe designer Minna Parikka. Leinonen’s artistic practice is occasionally directed against consumerism. His method is to use images from popular culture and this is exactly what he does here. The installation Shoe Liberation Army consists of Parikka’s shoes decorated by Leinonen by using familiar comic creatures, such as Hello Kitty, Sugar Bear, Moomintroll.  This work amply demonstrates that it is not easy to resist consumer culture, since the outcome of the piece is a new pair of Parikka-Leinonen shoes, which you can buy in the museum shop.

In the museum shop you can also buy t-shirts created by Salla Salin and Timo Rissanen. When you buy the t-shirt you get a plastic bag of waste. This is 15% of the waste created in the production of the piece of cloth. In short, where there is production there is waste. Once again we find that it is difficult to fight consumerism by consuming, by creating new products for sale.

Body Beautiful (Remix) is an installation and a video by artist Tero Puha and fashion designer Teemu Muurinmäki. They created a perfume for people’s everyday problems and filmed a related video based on false information about the product: how it can give the user good looks, among other things. The installation consists of two similar looking, male and female, large-scale cardboard figures with light brown skin dressed in underwear. The visual language of the piece is familiar from advertisements, but it misses the opportunity to create a confrontation.

Western urban civilization is approaching lifestyle perfection. Clothing, furniture, entertainment and other industries provide us with plenty of well-designed products to choose from. Contemporary life has increasingly become a fantasy domain of role-playing and lifestyle adoption. In my mind, the task of the artists in this exhibition should have been to balance the lightness of lifestyle design, which makes urban life more pleasant in many respects, with challenging ideas and art works that question our everyday routines and our relationship to the objects, as well as to the ideologies that we surround ourselves with.

Fashion designer Paula Suhonen, who recently graduated from the American Film Institute, made seven new short films, which are reflections of her mindset. Artist Mikko Ijäs created digital drawings by using an iPhone, which are placed as a surface on Suhonen’s films. The visual language of the films, as well as the music, is something one expects to see and hear when entering a design store. One of the films is installed in a small swimming pool; the smell of the chlorine is the first thing that finally bothers me.

In today’s aestheticized society, visual and simplified expressions rules over content. Pictures and images steer our imagination. However, a paradoxical danger of this aestheticization is that everything becomes unaesthetic. The logic of aestheticization produces a distorted, rose-tinted way of looking, and it can steal the deeper ethical, political and social aspects of looking. Nothing is quite what it seems.

There are some joint works in the exhibition that step beyond commercial and practical boundaries. In artist Rauha Mäkilä and fashion photographer Juliana Harkki’s joint work something new is born aesthetically. The starting point for the collaboration is two paintings by Rauha Mäkilä in which women’s faces are messed up with make-up. Mäkilä’s paintings inspired the collaborators to combine painting and photography. The outcome is a series of photographs titled Dima and Galia that are reminiscent of old European paintings with their beautiful painterly light.

The Nutty Tarts and Heidi Lunabba’s community art project Cultural Dress Code is about the ways people in different neighborhoods construct identities around certain dress codes. It raises questions about style as a reflection of a socio-economic reality and as a signal of being part of a community. The piece addresses the question of whether Finland is a class society after all. Based on a questionnaire, the artists created outfits that were worn by the volunteers interviewed for the project, and then photographed them in their daily surroundings in Helsinki.

The Boutique exhibition turns Amos Andersson Museum into a department store of art. The curator states that boutiques and galleries are more similar today than ever before. This is true, but there are also the hundreds of project spaces that have emerged across Europe, which provide an alternative to this marriage of aesthetics and design. There is a movement, and then there is the counter-movement. Unfortunately, the exhibition at Amos Anderson does not even approach the kind of institutional self-reflection that would follow if the exhibition also reflected this other reality. 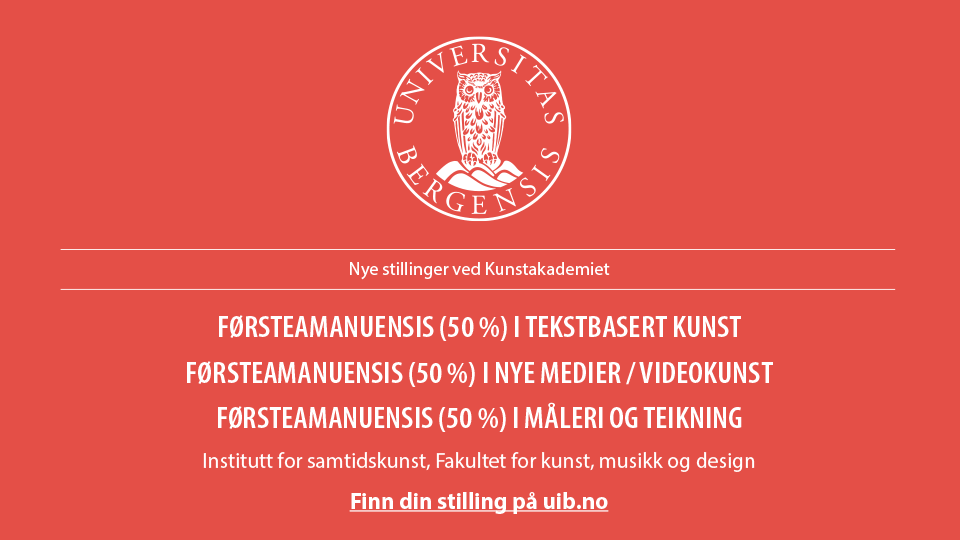